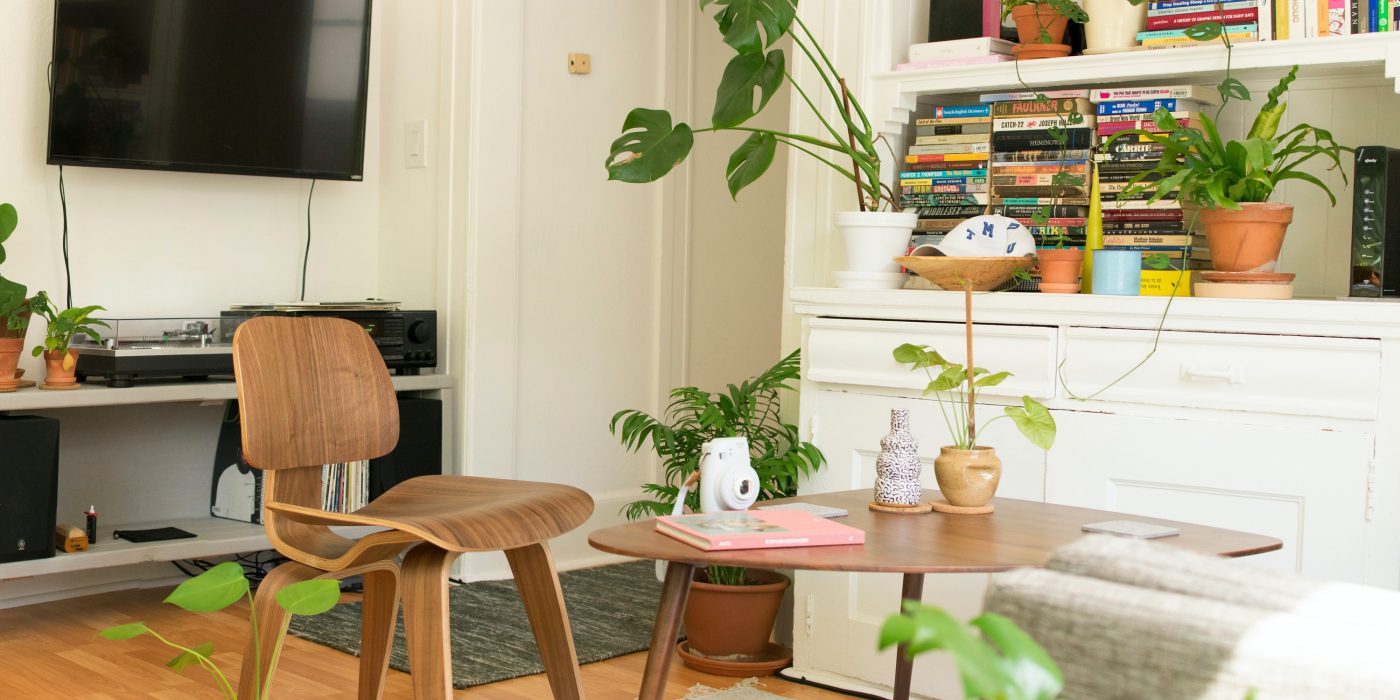 This is part 3 of the series of 9 articles presented on Vastu Shastra. A home buyer, at times, begins the journey of owning a home with a single point agenda of ‘Vastu compliance’. The journey is not an easy one, and is riddled with many roadblocks and confusions. These articles are meant to ease the confusion, or perhaps, bridge the lack of a balanced perspective around Vastu while: i) planning on buying and/or constructing a home, and ii) to assist the home buyer to zero-in on the most sensible choice of an apartment.

The tenets of Vastu were originally meant primarily for temples, palaces, and the discerning few (elite gentry) to make sure the elements of nature were in harmony in these spacious and mammoth structures & buildings. However, these principles gradually spread amongst the commoners (praja) by word of mouth as pre-determined, unquestionable, rigid rules for the regular houses as well. Separately, the sages were also prudent and wise to visualize that in the absence of specific guidance (about building well-lit, well-ventilated living spaces), the commoners could end-up building poor structures bereft of these basic elements. Hence, the principles of Vastu, over a period of time, became strictly enforceable principles, backed by the blessings or ire of the Hindu deities.

Vastu conforming structures were supposed to have astrological as well as religious implications on the psyche and overall well-being of the residents of a home or building. Commercial and residential structures came to be intertwined and correlated with religious deities, and the blessings or curse they could cast on the occupants if the rules were violated. Clearly, the actual or original intent of Vastu was purely rational, logical and benefit driven, which makes it scientific in its ‘original form’.

Hence, to prevent poorly ventilated and badly lit-up structures, the principles or tenets of Vastu Shastra became ‘hard and fast rules’. The Vastu experts over the centuries propagated them to greater heights of dogmatism. The science that started off as a flexible guide to construct well measured, proportionate and aesthetically beautiful buildings turned into unbreakable tenets, perhaps, just short of blasphemy.

There are various tenets related to location, site shape, the soil, the slope of the site, and the orientation of the site. In this article, we shall limit ourselves only to the home and more specifically, the rooms and spaces that are a part of our homes or apartments.

The ORIGINALLY envisioned goal of Vastu Shastra was to beget happiness, contentment and positivity of the inmates residing in the house by restoring the balance between the structure and the universe (or nature).

The picture depicted below indicates what spaces should be included (ideal), and which spaces must be excluded (avoided) in a particular segment of the 9-blocker based on the metaphysical concept (that incorporates heavenly bodies & supernatural forces) of Vastu Purusha Mandala: 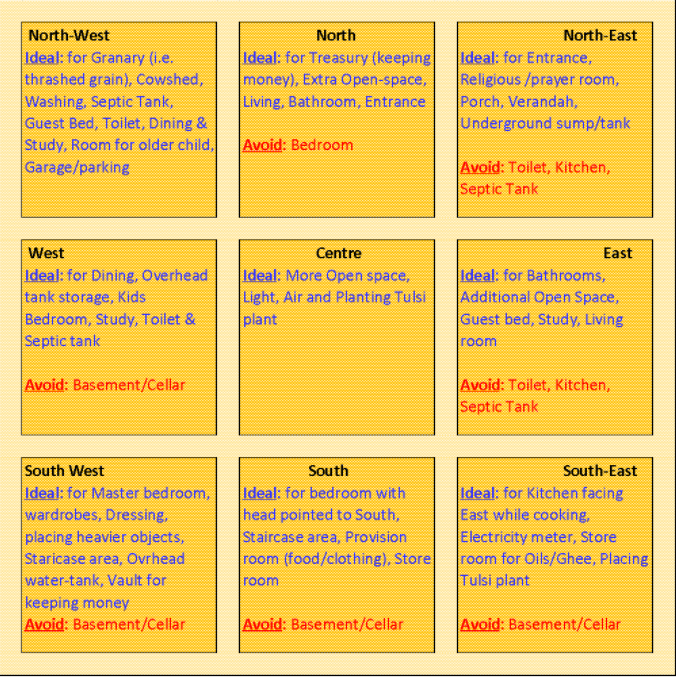 As per an old legend, the Hindu Lord of Creation Brahma created a human-like creature named Vastu Purusha. Post creating Vastu Purusha, it was realized that he was eating everything in his way. Vastu Purusha had grown immensely powerful, uncontrollable and something had to be done to contain him. Since Vastu Purusha became too powerful and belligerent, Lord Brahma had to seek the help of other Hindu Gods to pin down Vastu Purusha to the ground. This feat of containing the all-powerful human-like creature was finally achieved, and Vastu Purusha’s head was pinned to the ground, with his head in the North-East, and legs in the South-West direction. In this exercise of pinning him down to the ground, Brahma and the other deities had gotten together, and positioned themselves based on their contributions and positions. In fact, to overpower and neutralize Vastu Purusha, Lord Brahma had to jump in the middle of the construct to hold down Vastu Purusha.

After succeeding in pinning him down, Lord Brahma took a lenient view of his creation, and accorded him immortal status, and granted the status to be worshipped by the mortals (humans). Lord Brahma also granted Vastu Purusha certain divine powers. Vastu Purusha was accorded powers to tease, devour or trouble people who did not construct their dwelling units as per the Vastu Purusha Mandala, i.e. the design in which Vastu Purusha was actually pinned to the ground by Brahma and the other Hindu deities.

The positions in 9-blocker correspond to the 9 Hindu deities as follows:

Contactless Technologies And Home-Automation Solutions For A Safer Tomorrow!

Contactless Technologies And Home-Automation Solutions For A Safer Tomorrow! These are unprecedented times with innovative ways to eliminate contact with…
in New Home Buyers Posted by Mohit
January 17, 2022January 17, 2022

Home Automation In The Post-COVID Era : Looking Beyond 2022!

Home Automation in The Post-COVID Era: Looking Beyond 2022! Over the last two years, the evolution of smart home technology…
in New Home Buyers Posted by Mohit