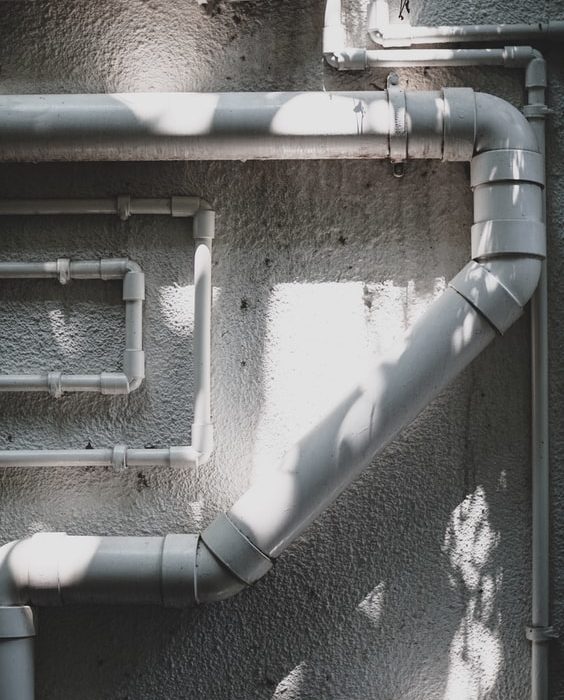 All plumbing systems, be it for an apartment, commercial or residential, use two separate subsystems made of pipes, one of which brings freshwater inside the building from the pump/ tanks, and the other transports wastewater away into the sewer system.

The freshwater or groundwater system uses pressure to move water to where it’s needed in the building, which is basically the water tanks and sump.

The wastewater system doesn’t require pressure as it moves down and out of the building. The drainage pipes always aim downward to let wastewater flow through without any intrusion. Vents are present in the wastewater system which let air in so the water flows out with ease. Traps or valves seal the drainage system so nothing can move back up the system once it drains away.

Shutoff valves are present all over the entire system in specific areas, this allows the people to turn off the flow while they fix problems.

Cold water comes out of the taps automatically. To get hot water, cold water moves through a heater or geyser to raise its temperature.

But the system works differently in a house than in an apartment and when it comes to an apartment, there are a lot of issues that may arise.

Based on the above, it is pretty evident that apartment buildings have much more intricate plumbing systems when compared to a house. Due to the high level of intricate, there is more room for error and potential problems. Therefore, it is important that both apartment managers/ owners and tenants are aware of common issues which may arise and how they can avoid them. It is pretty important that an owner or tenants remember issues with their plumbing, as it can become an issue for other tenants quickly. This can help avoid any further issues and damage.

Due to this, the plumber which is hired to run the piping through the building should be pretty experienced. The use of materials plays an important role as well. If you choose to go with branded piping, the life of the same will increase drastically. It is also advised to increase the size of the drain piping from the manholes as there will be an increase in wastewater which may lead to pipe ruptures. Hence, it is advised that utmost importance is given to the plumbing of an apartment to avoid any issues down the road.

The following are the common types of home plumbing pipes.

Stay tuned as we will be writing more blogs about apartments! Stay safe!

To know more about “Types Of Sand Used In Construction!“. Click here!