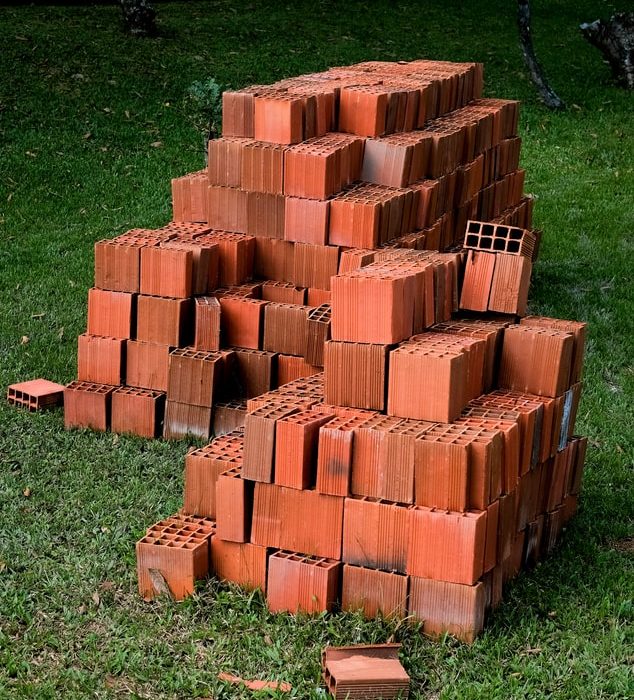 Bricks are building materials that are used to make walls, pavements and other elements in masonry construction. The term brick referred to a substance composed of clay, but lately, it is now used to denote rectangular substances made of clay-bearing soil, sand, and lime, or concrete materials. Bricks are usually joined together using cement, adhesives or by interlocking them. There are two basic categories of bricks and they are fired and non-fired bricks.

The first brick was estimated to be made in the Middle East, between the Tigris and Euphrates rivers in what is now known as Iraq. Early builders relied on the abundant resources of natural materials to make their sun-baked bricks. These, however, were of limited use because they lacked durability and could not be used outdoors as the exposure to the elements caused them to disintegrate and fail. The Babylonians, who later dominated Mesopotamia, were one of the first to fire bricks, from which many of their mighty tower-temples were constructed.

There are two basic types of brick that are un-fired, fired. Each type is manufactured differently.

Unfired bricks are also known as mudbrick which are made from a wet, clay-containing soil mixed with straw or similar substances that bind them together. They are air-dried in the sun until ready for use.

Fired bricks are burned in a kiln which in turn causes them to be durable. Modern, fired, clay bricks are formed in one of three processes, namely, soft mud, dry press, or extruded.

Now in the modern days, bricks are made chemically as well which are lightweight and more durable than the traditional made ones. We will be writing a separate blog on those shortly.